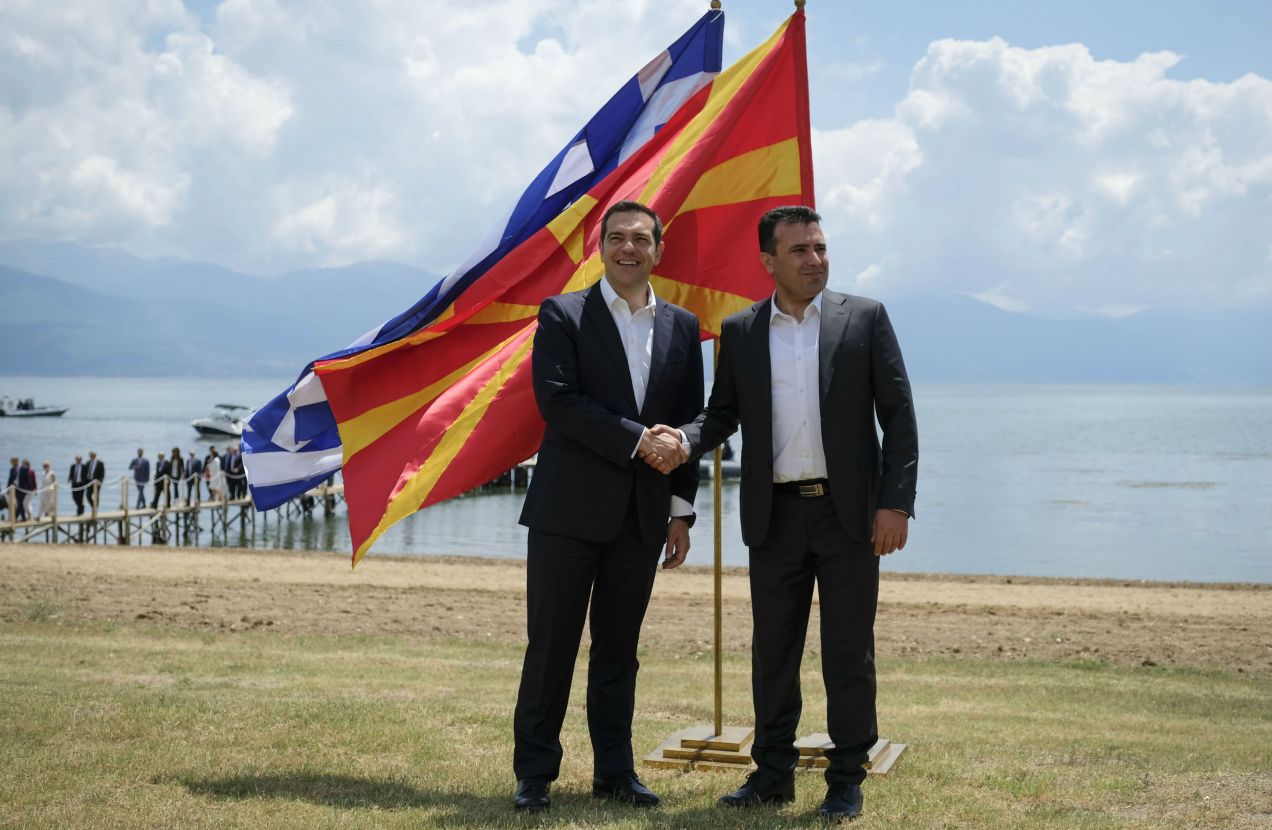 Published: State of the Left

In Greece things are even more complicated, since the deal does not merely meet objections on the right, it is also divides the centre left. The heirs of the traditional centre-left parties have forged a broad coalition, Kinima Allagis (Movement for Change), to counter the populist stance of Tsipras. The official position of this coalition is to oppose the deal. However, former prime minister George Papandreou, leader of a small party within the coalition, is in favour, as is Stavros Theodorakis, leader of the centrist party, Potami.

The centre-left is not only divided on the issue of the name, but also on the manner in which it must handle the overall swing made by Tsipras towards pragmatism and moderation. The deal with North Macedonia comes at a time of intense discussions in Greece about whether Syriza can be considered a moderate socialist-democratic party. Tsipras is applying a realistic policy of consensus in the Balkans and has demonstrated a willingness to work with Brussels to bring about an end to the era of bailout programmes that followed the financial crisis. Why should the Kinima Allagis not co-operate with this transformed Syriza? Why should its members not assist an ideologically proximate party in its turn towards realism, especially when it has achieved successes such as this deal with Zaev? But no, calls by Massimo d’Alema in 2015 and Udo Bullmann, president of the S&D group in the European parliament, for collaboration with Syriza, have been to no avail.

For the Kinima Allagis, Syriza remains “a Stalinist party with no liberal democratic traditions”. Tsipras’ record is indeed worrying, including controversial attempts to control the judiciary, the persecution of unfriendly media and the devaluation of institutions.

Alexis Tsipras’ Syriza remains a populist party of the left that victimises its opponents. While the negotiations with North Macedonia were ongoing, the party was pushing ahead indictment proceedings in parliament concerning a pharmaceutical expenditure scandal, targeting historic personalities from the centre left and the Kinima Allagis. The farcical process did not yield any findings, but only vilified politicians above suspicion and rigidified the divisions within the centre left. Now it appears extremely doubtful whether a national success will bring them closer together. Indeed, in view of the overwhelming proportion of Greeks who are against the deal, the Kinima Allagis has no reason to retreat.

It is of course an irony of history that the Athens-Skopje agreement leaves the centre left even more divided. Many members of both parties consider as their point of political reference the Rigas Feraios youth movement, representing the most influential and recognisable school of thought in the Greek moderate left, formed in the late 1960s to express a current of new European democratic socialism. Its name refers to Rigas Feraios, a visionary of the 18th century who advanced a new, supranational Balkan identity that would encompass all peoples of the Balkan peninsula and respect minorities.

It is to be regretted that at such a historic moment, the Greek centre left is not celebrating the vindication of its traditional approach to Balkan issues as a united front. But the responsibility for the disunity lies far more with Syriza’s divisive practices than the Kinima Allagis and the short-term benefits it is pursuing. If Tsipras had sought consensus at another time in the recent past, things would be very different today.